It's that time of year again when we usually have something to announce. This year however, while there are some projects in the works, there's no set date for anything just yet. But for the time being, we would still like to give a bit of an update on what's being worked on, and what to expect.

First up, the Ninja Kat short film that released last year, Kip, will be getting a DVD release later this year! And it'll also come bundled with a number of other short films, including a remastered edition of The Red Scarf, which had been alluded to being in the works on social media. The DVD set is still being worked on at the moment, but keep an eye out for it in 2019. It may just come sooner than you think.

And as for the next year, the fifth Ninja Kat novel, Velcro: The Egg Hunters, is still in the works, but it will be ready and released in 2020!

Anyways, that's all we can say on the matter for now. But be sure to stay tuned for further updates as these projects get closer to completion.

Posted by Chris Widdop at 5:39 PM No comments: 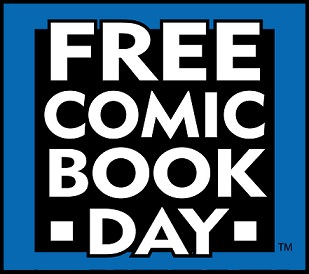 Hey Tampa! On Saturday, May 4th, author Chris Widdop will be signing Ninja Kat novels and comics at Yancy Street Comics South, located at 13944 W Hillsborough Ave, for Free Comic Book Day! We'll be out there starting at 10:00 AM, so come on out and pick up your very own signed Ninja Kat books!

For more information regarding Yancy Street Comics South, check them out on facebook.

Posted by Chris Widdop at 9:28 PM No comments: